These Cooperators are Telling a Better Story

For far too long, co-ops have been coopted by (mostly white and wealthier) folx who champion cooperatives as a better business strategy within capitalism, with little regard for racial or economic equity. Our first ever all-POC Summer Co-op Academy cohort is telling a better story -- one where cooperation is who we are and how we work together to meet all our communities' needs.

Last year, CoFED announced our new mission to center young folx of color as the cooperative leaders we need to grow a cooperative food economy. This year, for the first time ever, every extraordinary person selected to join our Summer Co-op Academy is a person of color (POC) advancing food, land, and racial justice! Expanding beyond traditional food co-ops, they are innovating a range of cooperative solutions to meet broad community needs for health and healing, joy and justice, wealth and well-being. Let the beauty of that fact sink in...

Meet the cooperators from this year's cohort who are telling a new story about the future of co-ops.

In less than two weeks, we'll be gathering at Earthseed Land Cooperative for our annual weeklong cooperative business boot camp to skill up on:

You can donate here to support our first ever all-POC Summer Co-op Academy! 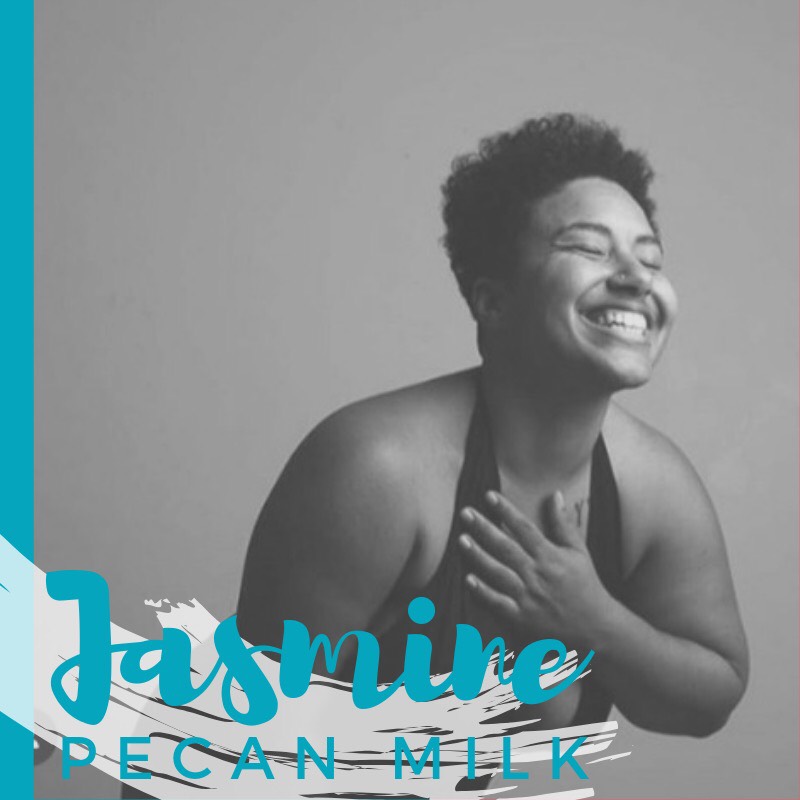 Jasmine was born in Virginia, raised there and in North Carolina. While in high school, they began serving their surrounding community. At 17, they became the youngest Program Director to be employed by the Halifax County Boys & Girls Club and mastered the skill of grant writing. While attending Appalachian State University, Jasmine was introduced to the Peace Corps and later went on to serve in the Republic of Fiji. As a Community Youth Empowerment volunteer, she taught Family Life Education and supported her students in organizing a Peer Educators program, which aimed to address the high rates of STI/Ds and teen pregnancy. Upon returning to the states, Jasmine moved to Atlanta and worked as a community organizer for SPARK Reproductive Justice NOW! This is also where she was introduced to Nijil Gamal and the Pecan Milk Co-op. Jasmine has been a worker-owner since November 2018.  In February 2019, he transitioned out of SPARK to expand their work as a community organizer, consultant, and Pecan Milk member-owner. 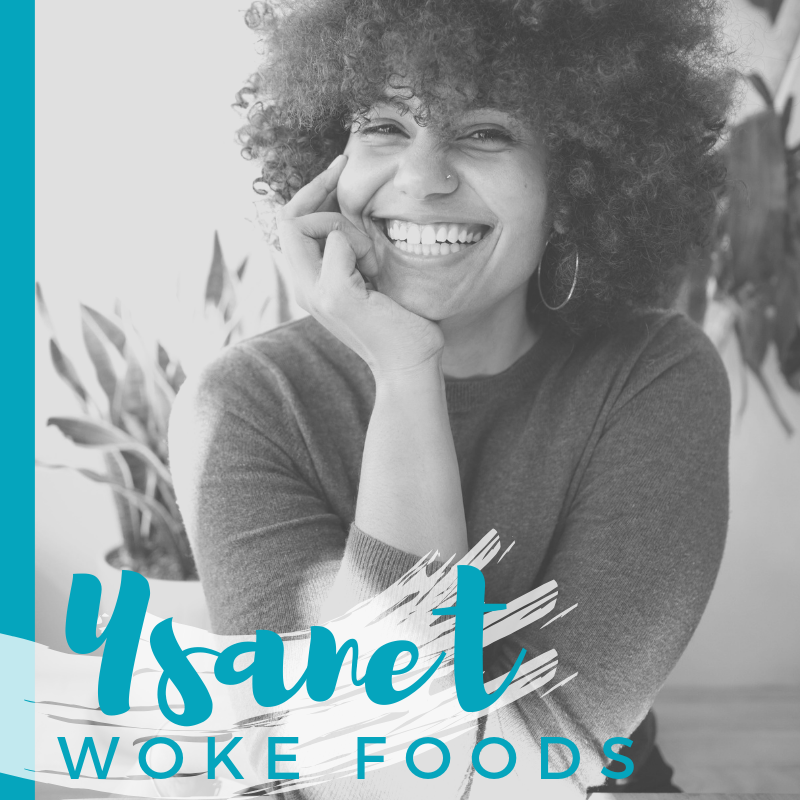 Ysanet (pronounced IS-uh-net) is a queer Black Dominican woman who was born in NYC and raised between the Dominican Republic, NY, and Florida. She is a plant-based chef who created the food service & food justice worker co-op Woke Foods. When she's not with Woke Foods, she's helping others start their own worker-owned businesses at Green Worker Cooperatives, organizing around issues of food and social justice, and learning how to grow her own food and farm through Farm School NYC. She is saving and raising $$ to acquire land in the Dominican Republic and start a farm bed & breakfast co-op called the Mamá Tingó Farm Bed & Breakfast. Her writing can be found here and @HipLatina. 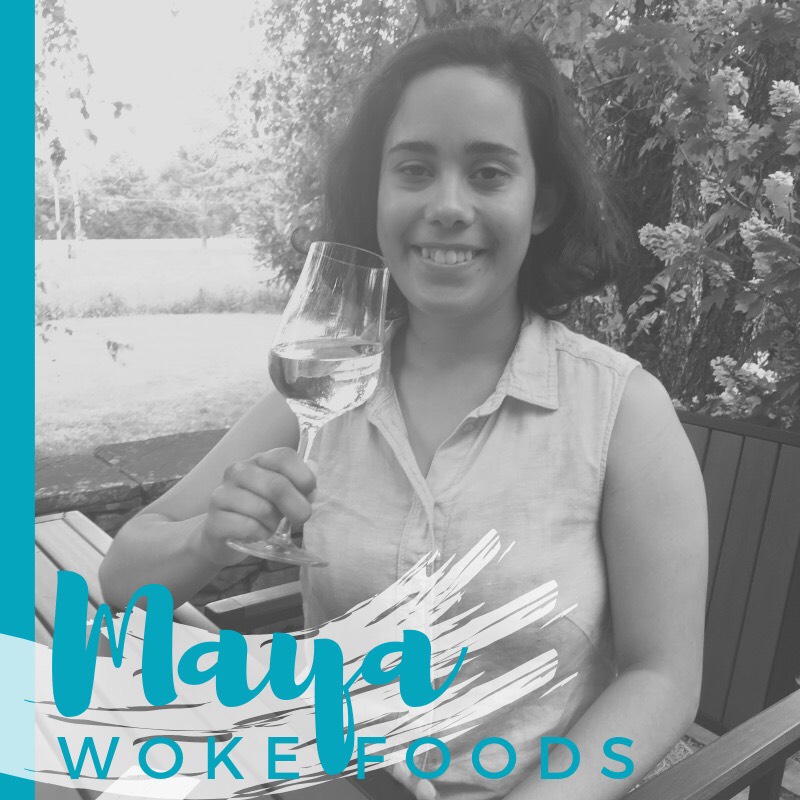 Maya identifies as a working class, Queens born and raised brown-Latinx woman with Puerto Rican and Salvadoran ancestry. Outside of Woke Foods, she works in development at North Star Fund, a foundation that supports grassroots organizing in New York. She believes that food and land sovereignty, including access to healthy foods, are human rights and essential to a thriving spirit. Maya is also a student at Farm School NYC and an organizer with Regeneracion Childcare NYC. She loves cooking (and is currently getting really into fermentation), yin yoga, and talking about wine! She graduated with her bachelors in Sociology from Bowdoin College in 2016. 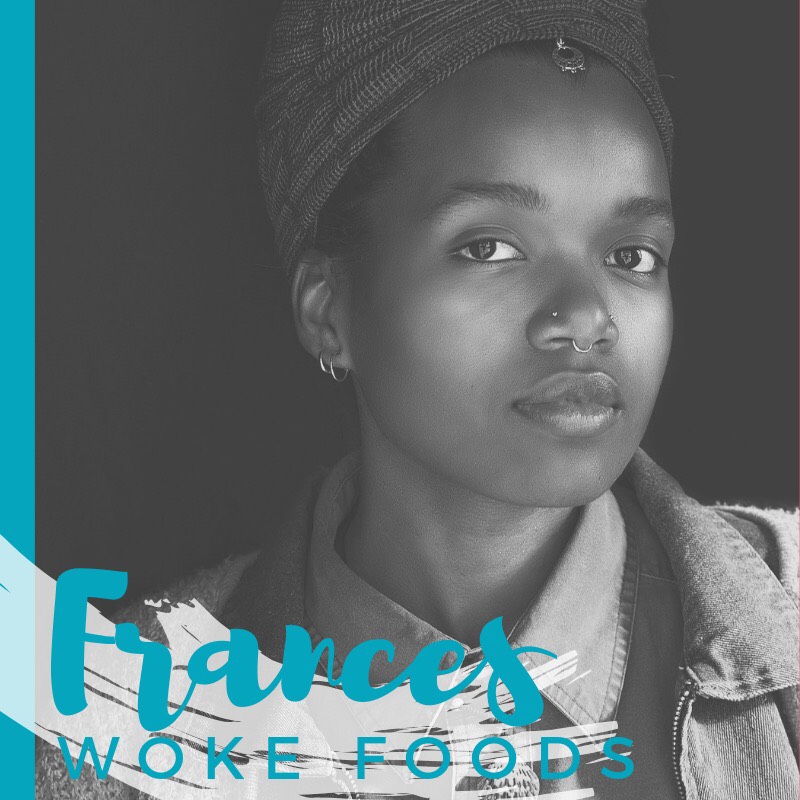 Frances was born in Puerto Rico, raised in New York City, and stands in solidarity with the oppressed peoples of the world. She is deeply inspired by the reality of maintaining a healthy relationship with the planet and with one another through connecting with and freeing the land. A Farm School NYC graduate, Frances prides herself on being the Rise & Root Farm market manager and a member of La Finca Del Sur Community Farm where she grows produce and herbs (both for herself and the South Bronx Farmers Market/community) and assists with programming centered around urban agriculture, food sovereignty, and healing through herbalism and other culturally-relevant methods. Frances is a daughter, a youth leader, a community organizer, and above all, seeker of truths. 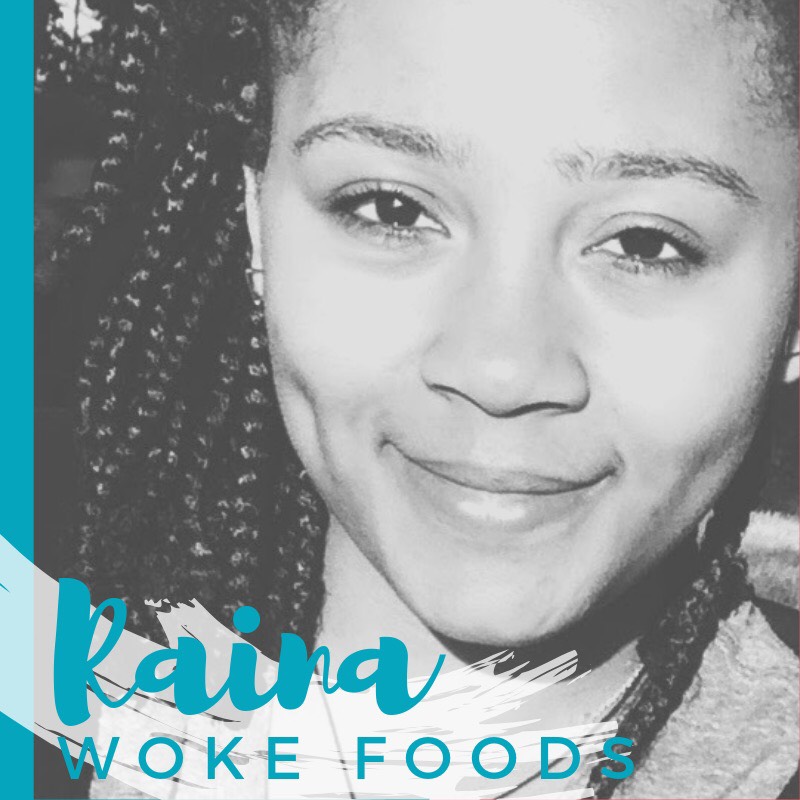 Raina is a farmer and chef with an immeasurable love for food, people, and cooperatives. Some of her first experiences with cooking for others began at Oberlin College as a member of Third-World Cooperative, an intentional safer space for POC and low-income students where members would purchase ingredients, prep, and prepare meals for one another. Although she didn't fully realize how valuable the co-op was to her survival at school, TWC’s legacy has carried over into her adult life. The lessons and cooperative values she learned while there have greatly impacted the way she chooses to live and work. In addition to being the Head Chef at Woke Foods, Raina is a member of Khao’na Kitchen, another food justice and food service cooperative. She is also working on co-founding Umbel Landscaping, an ecological landscaping collective based in NYC. 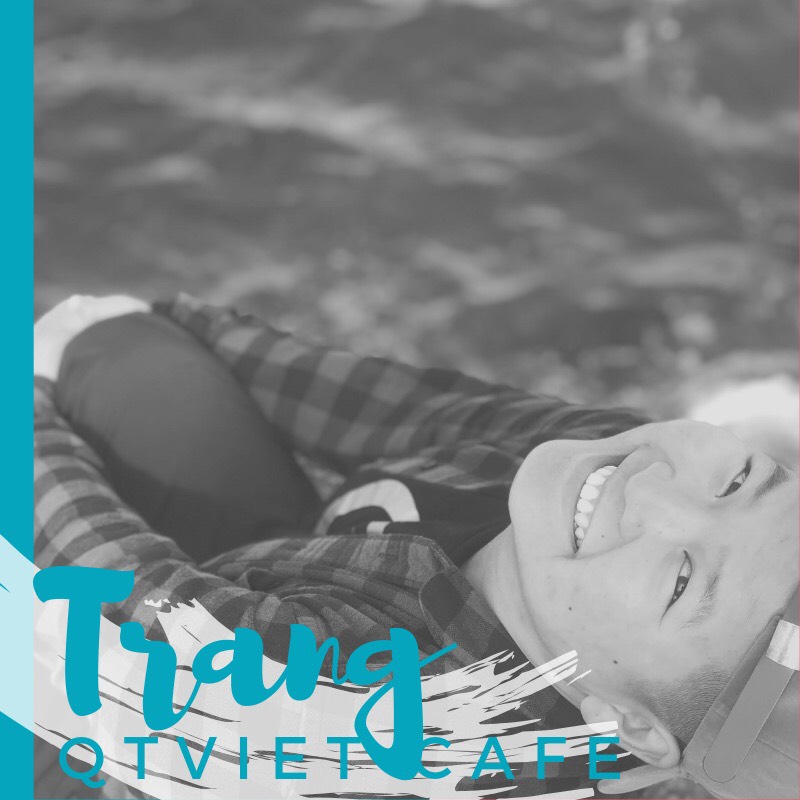 Trang is a queer, gender-nonconforming, 1.5 Vietnamese immigrant who is committed to “digging for internal liberation and an explicit demanding” of wholehearted healing for folx in the diaspora inflicted by colonization, homophobia and transphobia. Trang graduated with a bachelor's degree from the University of California, Davis. Demonstrating their leadership skills as a Oakland Youth Impact Hub Fellow, Trang is resilient, a go getter, and fights for just causes for immigrants and the queer/trans community. In their free time, they dance, write poetry, bond with their siblings, breathe, and spread love and compassion. They are grateful for their ancestors' wisdoms, and they aspires to live their truth as brilliance, strong and powerful as the full moon. 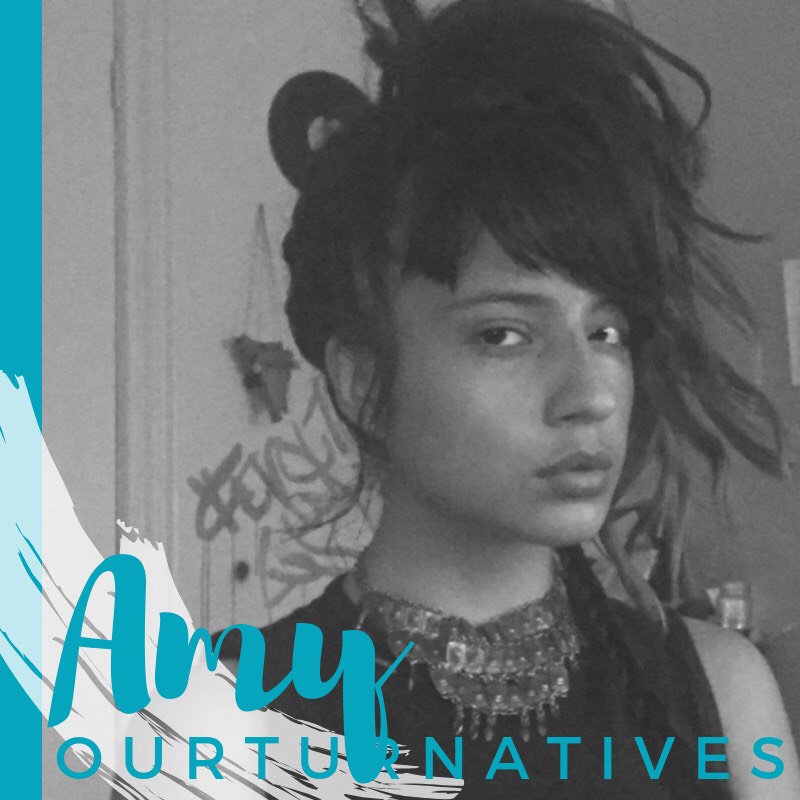 Amy is an Ecuadorian artist and healer who loves to paint, create, and remind us that herbs have been with us all along, speaking and supporting us. Ourturnatives is an herbal bodega co-op dismantling world corporate capitalism by educating communities on plant-based alternatives and herbal remedies. Like Hip Hop, Ourturnatives was born in the Bronx. It exists out of a desire and love to want to return our ancestral knowledge of herbs and plants to our underserved communities in NYC while also recognizing the legacy of resiliency of making something out of nothing. Amy is the genius behind all of Ourturnatives' herbal products, creating with the mission to offer local and global communities the knowledge and resources to be self-sustainable and create green economies to end generational inequity. 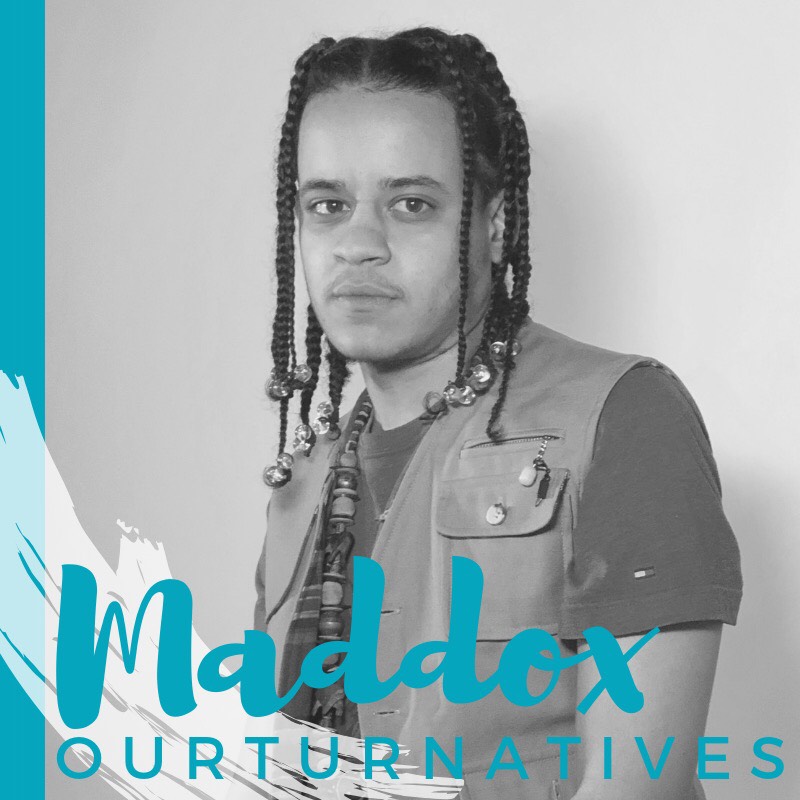 Maddox is a visionary diasporadical from the concrete jungle of New York City who believes in Protopia, the idea that everyday is better than yesterday and everyday you work towards the world you want to see. Currently they are working to de-mechanize humans from the conditions that've been instilled on us through different art mediums and practices. He wears many hats: advocacy, community engagement, hip hop historian, spiritual warrior herbalist, music enthusiast and turn up king. His future plans include traveling around the world delivering the message of truth through art and music and eventually will have their own farm to grow food and herbs and be able to bring alternative health options to underserved marginalized communities. 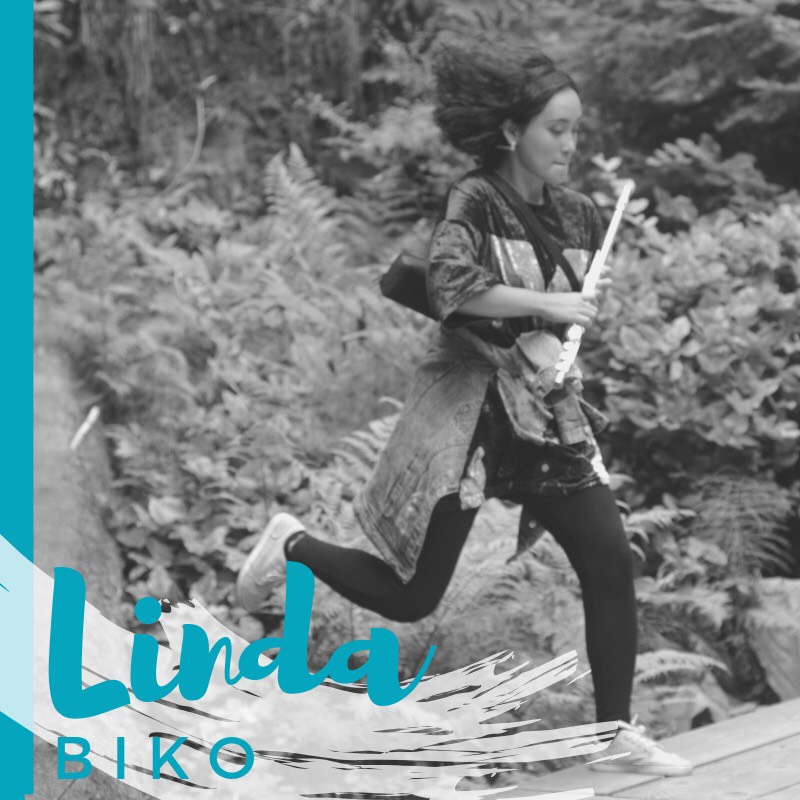 Linda grew up in California but never lived in one place for more than four years — constantly adapting to different environments before joining her adoptive family, an experience that has influenced her to seek future work engaging with foster children in their own transracial adoption experiences. Living at Biko, she has participated in development, education, event planning, maintenance and membership. She believes that cooperatives deconstruct bureaucratic methods of homeownership -- an especially important issue for her having experienced homelessness. Biko is a housing cooperative and intentional space for students of color, especially if they are queer, in the predominantly heteronormative white community of UCSB. In addition to organizing with Biko, Linda is the Pledge President of Alpha Phi Omega, a community service fraternity whose demographic is largely Asian. Linda is passionate about challenging anti-blackness and queer erasure in Asian-American communities and has also organized collaborations between her fraternity and a campus-based ecological restoration organization. 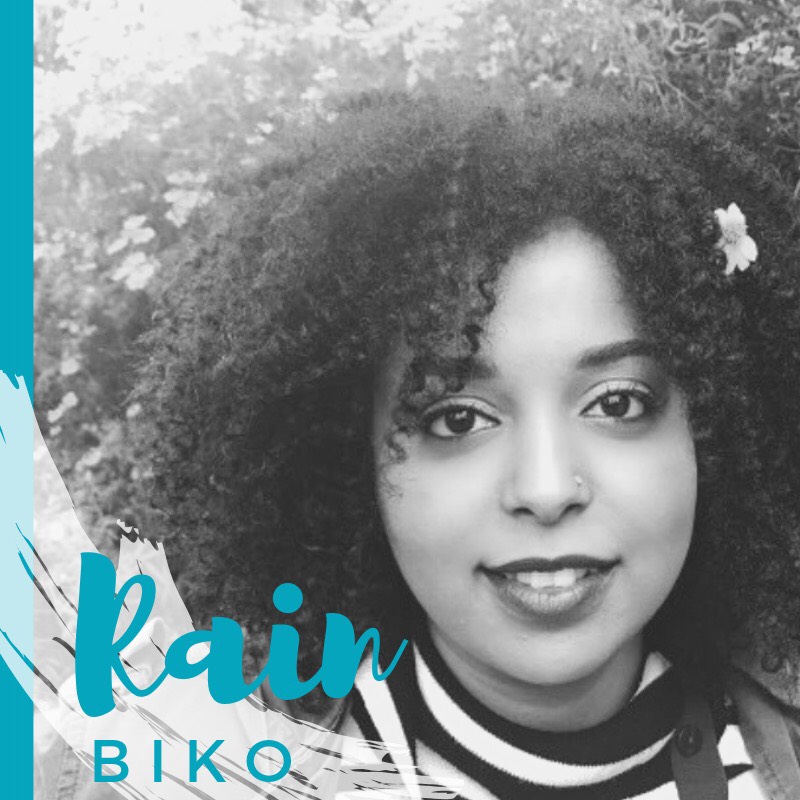 Rain is senior at UCSB studying Political Science. She grew up mostly in the Bay (San Jose, CA) and spent some time growing up in St.Louis, MO., Las Vegas, NV, and Baltic, CT as well. In her first year at Biko, she worked on membership and outreach. Now in her second year and as Board President, she leads other members of the Board of Directors in making legal, financial, and administrative decisions for Santa Barbara Student Housing Cooperative. Her goal in taking on the role has been centered around improving the co-op's mission of racial equity and ensuring environmental justice in the decisions they make as an organization. Their leadership is informed by being Black, Ethiopian, and queer. Their views on the criminal justice and education system today are influenced by their experience with juvenile detention and being treated as a disposable young Black girl in this country. She enjoys learning and relearning, music, and spending (a lot) of time with my family and friends. 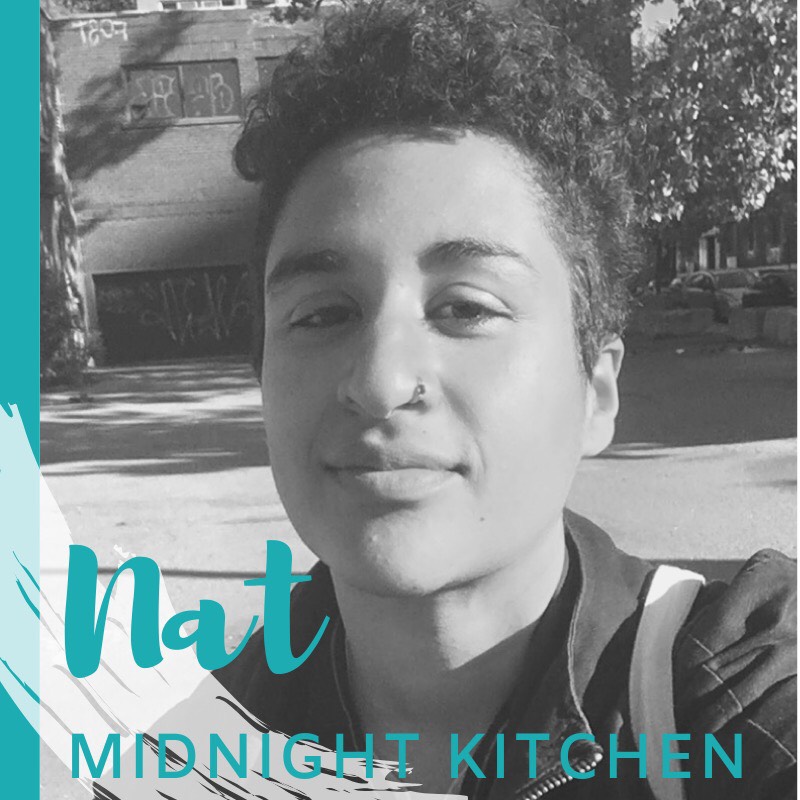 Nat is queer, lesbian, and gender prizmatic -- meaning embodying various ancestors/spirits beyond gender and human identification. Midnight Kitchen is a non-profit, worker and volunteer-run collective that operates out of McGill University, dedicated to providing accessible, healthy food to as many people as possible. In their two years at Midnight Kitchen, Nat has taken on various leadership roles. They have coordinated volunteers regularly in the kitchen (to prepare meals for 200+ people) as well as for the garden, which consisted of 120+ self watering bins and a sizeable in-ground plot. They facilitate workshops on food politics, basic cooking techniques & skills, and the history of injustice on McGill campus. They have also represented Midnight Kitchen at various events from activities night on campus to conferences on Nutritional Accessibility and Alternative Black Pedagogies. Moreover, Nat is proud to have played an indispensable role in bringing Leah Penniman to Montreal to present "Farming While Black" as part of her book tour. In their community, they also perform poetry, show up for other queer folks, and offer encouragement to young black people wherever they go! 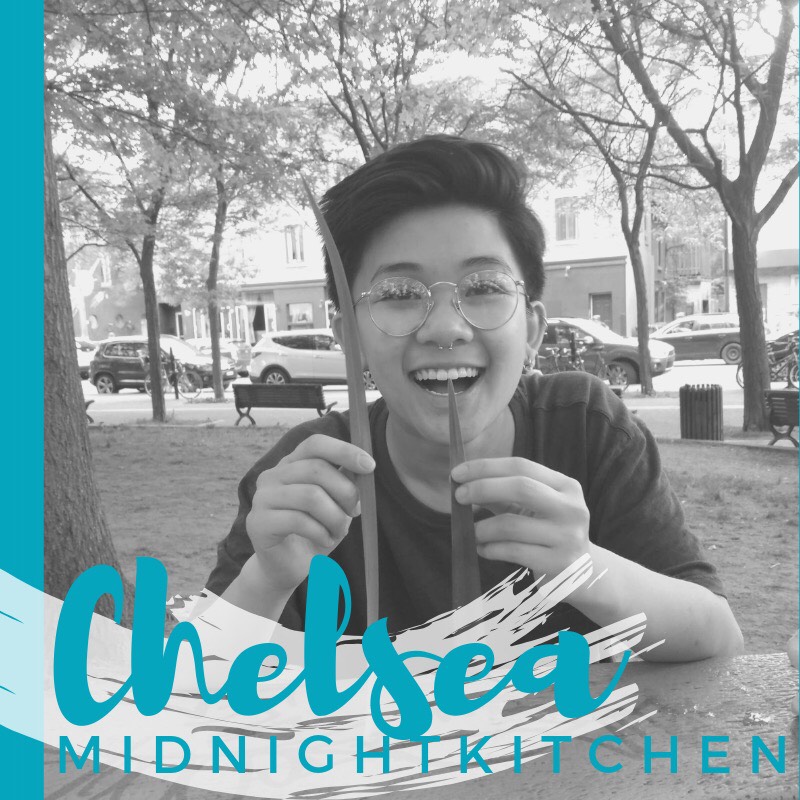 Raised outside of Toronto and now based out of Montreal, Chelsea is a queer second generation Chinese immigrant. Their identities deeply inform their work around community organizing and support, allowing them to see the structural barriers that often make accessing affordable food and other forms of support difficult. Over the past year, they've taken on a variety of leadership roles at Midnight Kitchen. They are currently responsible for coordinating the weekly food bank, which aims to counter the barriers often found at food banks (ID requirements, proof of address, lack of free public transportation tickets, etc). They also organize events and workshops, including Lunch n Learns, where they provide free popular education workshops that are related to food politics, alongside a free vegan lunch! In addition to their work at Midnight Kitchen, they work at a sexual assault center where they strive towards making services and resources more accessible to marginalized communities.

Thank you to our Summer Co-op Academy Sponsors! We couldn't do it without these amazing allies: 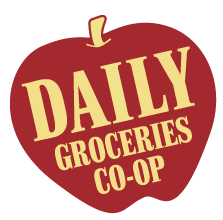 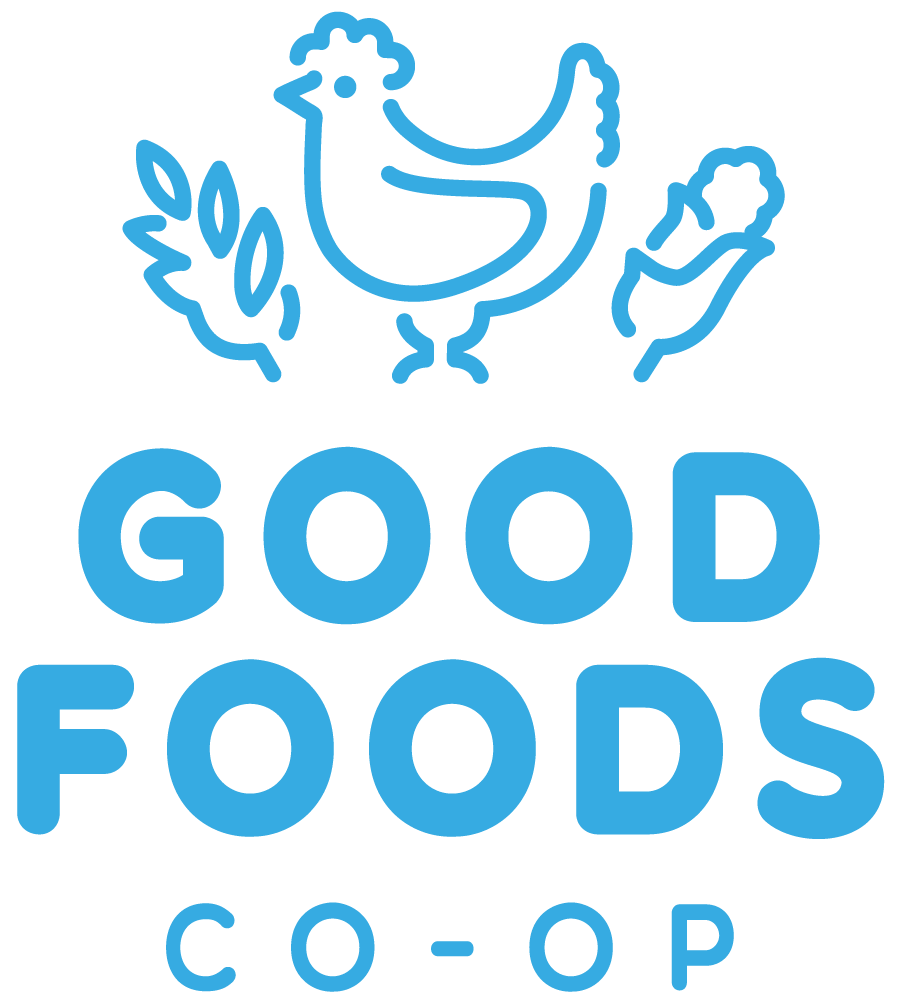