Early this spring, just after break and just before the crunch of finals, over 50 young cooperators converged at Guilford College in Greensboro, North Carolina for what proved to be an amazing weekend. Folks from Indiana to Maryland to North Carolina learned together, from each other, became more excited about their co-ops, and most importantly built a sense of community and this movement together. I have to say, I didn’t know what this year as the Mid-Atlantic & Southeast Regional Organizer was going to be like, but sharing that space with so many amazing people working on equally inspiring projects, was a loud and clear confirmation of the importance of this work. 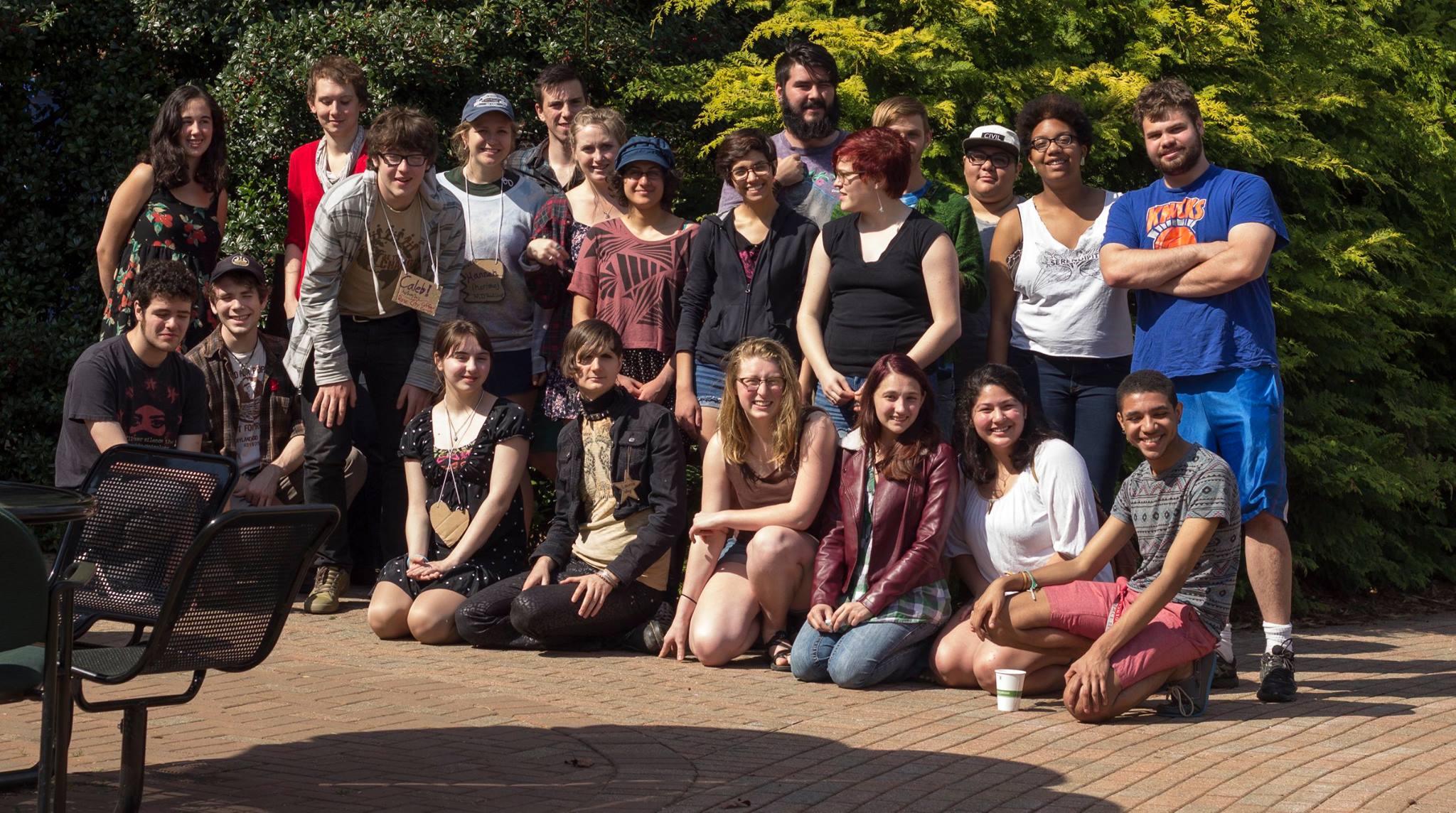 (Rose City, the Greenleaf, UNCG, Firestorm, and Maryland Food Collective members; after other teams had left on Sunday)

I had an idea of what we had to do, but I had never before planned such a large event for such an extended period of time. Everyone was especially excited because we thought we were celebrating the Greenleaf’s 10 year anniversary. (Later we found out it’s more like 11 years, but still a cause to celebrate, and highlights the need for institutional memory structures ;) ).

In preparing for this conference, I extended an invitation to students at the hosting co-operative, The Greenleaf, to see if they were interested in interning for class credit in exchange for working on this project. Jon Macemore and Sam Metzner rose to the task, and became my partners in the undertaking. While not having the time for a formal internship, Chelsea Yarborough was also a tremendous help in orchestrating.

Documents from previous CoFED conferences helped guide me, but it wasn’t until I went to a conference with an eye on logistics did the pieces really come together. In February I went to one of the many Real Food Challenge’s spring strategy retreats. I want to extend a special thanks to Jon Berger and Sam Shain from the RFC for teaching me so much (although they might not have known it). I learned about flow, creating a framework of organizing, having chore charts, having enough food, and all the other little details that I would’ve probably forgotten. Borrowing a poster from RFC (below), the short and sweet of organizing, and creating programming for organizers, was successfully utilized and accomplished! 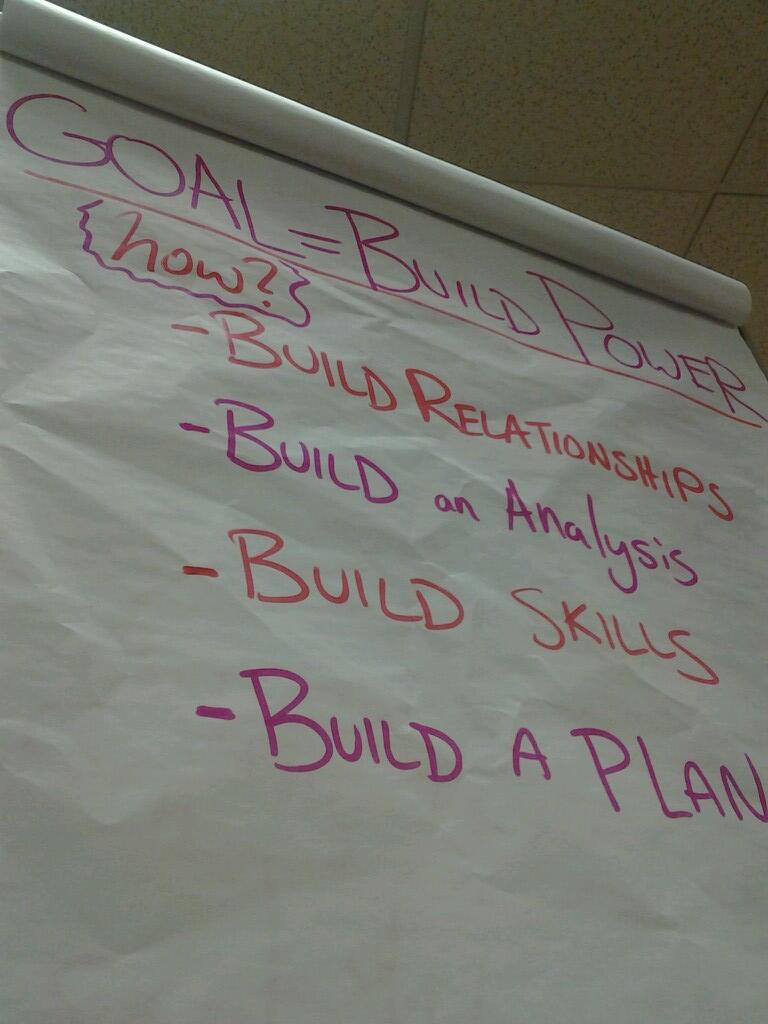 Three co-ops from Guilford College were represented. The Greenleaf hosted the convergence, which is a volunteer-run coffee co-op with worker co-op values. The Mobile Market operates by a worker co-op model, hosting farmers markets on campus with vendors from the community and vegetables from Guilford’s farm. They are also working on selling vegetables in communities with little access to local produce. Lastly, The Pinez attended, Guilford’s sustainability themed co-op house.

Rose City Coffee Co-op from Earlham College in Richmond, Indiana was there. While not in the Mid-atlantic/Southeast region, they were founded  4 years ago based on the Greenleaf’s coffee shop co-op model.

The Maryland Food Collective based at the University of Maryland College Park is a 40-year old sandwhich line with a strong history of veganism and vegetarianism. They are not exclusively a student-run space (but half tend to be) and have paid workers.

Towson University from just north of Baltimore came. They are planning a lunch option similar to the Maryland Food Collective, with strong values around real food.

Folks attended from The Sonder Market at the University of North Carolina at Chapel Hill, who are on their way to starting a grocery with an emphasis on supporting local farmers.

The newest folks to the network are in the dream stage at the University of North Carolina Greensboro, who stumbled upon the Greenleaf after seeing them listed in their Slingshot day planners!

While not a student-run co-op, folks from Firestorm Cafe and Books in Asheville, North Carolina came out as well, bringing their experience of running a collectively organized worker co-op.

In addition to these amazing people so many folks came out to make the programming and atmosphere especially grand, including: Food Not Bombs Greensboro, Marcie Smith from the Responsible Endowments Coalition, and Roe and Alyzza of the Theater of the Oppressed group tentatively named Theater of the Pizza! 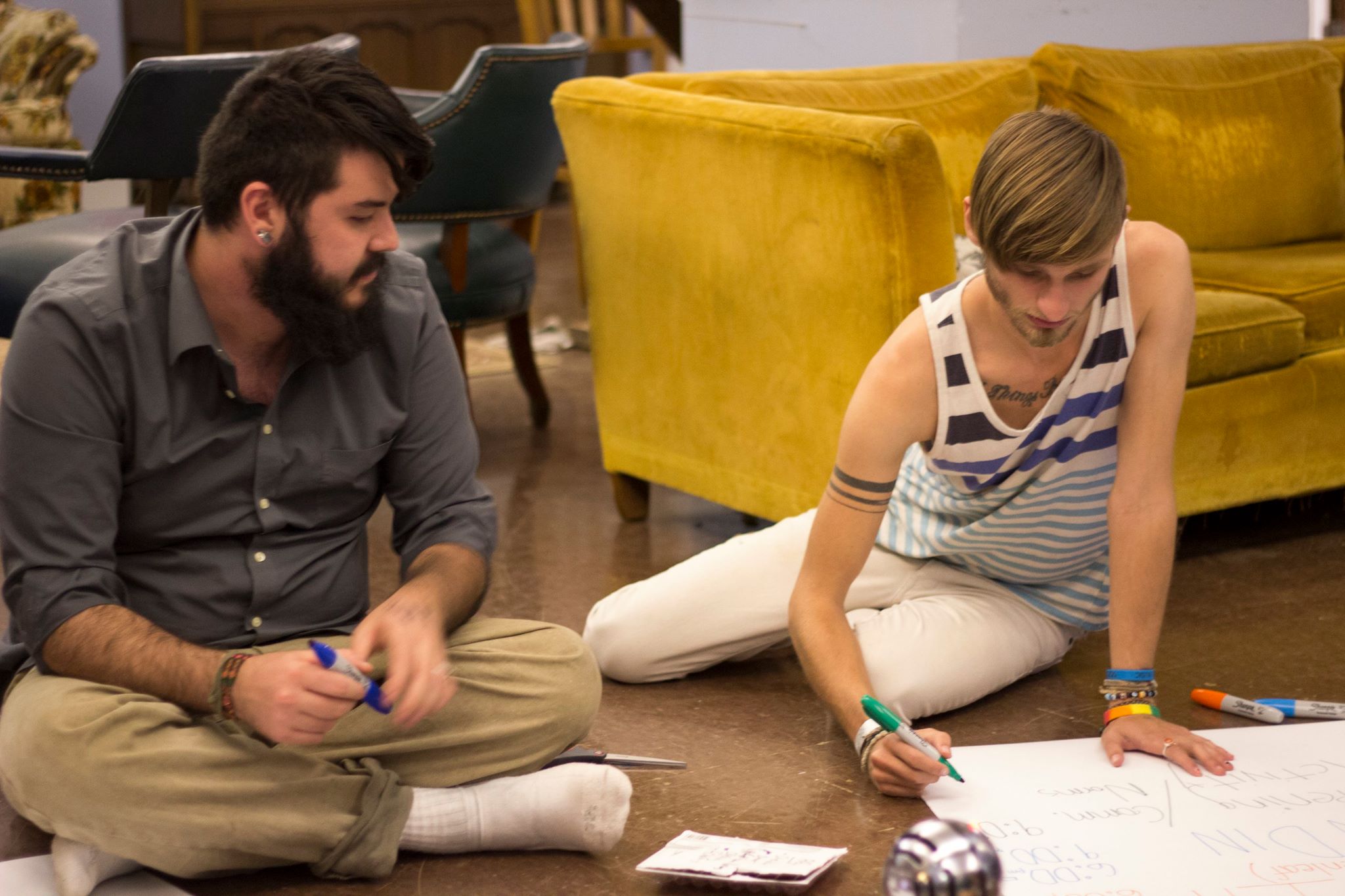 After over 4 months of planning, getting donations, figuring out space, grants, making sure there was great programming, and most importantly that the aforementioned amazing people were able to get there, we felt like-- OMG IT’S HAPPENING, WHAT DO WE DO NOW?

The short answer is, make sure that the all the logistics (chores, food, workshops) happened, and then just sit back, let go, and let the magic happen, because it did! Please check out the beautiful program here to learn more about the workshop offerings and all the wonderful people that donated time, skills, food, and money to make it happen!

Social justice and being able to learn from folks in my coop about globalization, neoliberalism, and the bleakness of the status quo is what brought me into the cooperative movement. The conference felt like a space where folks were talking about their spaces as tools for building power, carving out safer spaces for queer folks and people of color, and as spaces to organize in and be in solidarity with the many campaigns and organizations on their campuses.

Other noted highlights include: the food was absolutely amazing, the desire that participants showed to act in service to the collective body was incredible (especially when cooking in the kitchen), and the mix of established co-ops and start-ups was wonderful. Start-ups were able to get ideas and advice from the established groups, and the old timers were able to look at their projects with some borrowed excitement of imagining something for the first time. 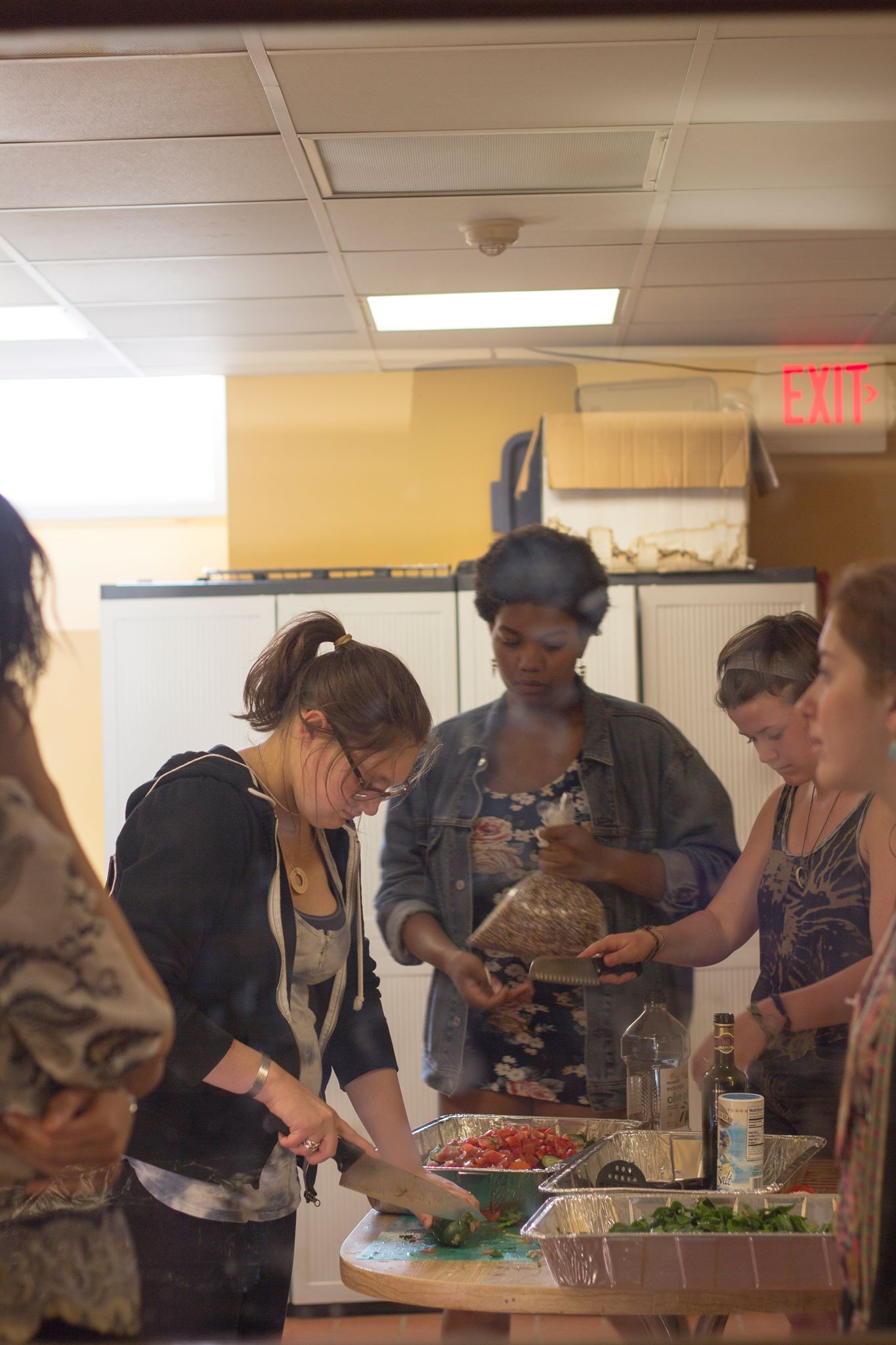 What I Came Away With

There are moments in this work when I might question my usefulness as an organizer. There are days when students aren’t responding to emails, or things are on pause because of break, or finals, or life. In conversation with one of the students I work with I was reminded of how important it is for there to be folks whose full time work is to bring together these co-ops; How siloed it can get inside a project, and how nice it is to have someone outside the organization to be a reminder that this is a movement. The sixth cooperative principle is Cooperation Amongst Cooperatives -- we don’t need to reinvent the wheel, we have so much to learn from each other!

The conference was sooooo worth it, and the planning committee learned so much through the process of putting it on. There’s so much more that I could talk about, and if you’re curious about any of this or if you have questions about organizing something similar, feel free to email me at [email protected] and I would love to talk with you!

That old CoFED term “inspiregizing” really encapsulates so much of the big smiles and feelings we all came away with. I was exhausted after the weekend, but also brimming with Joy, Cooperation, Empowerment, and Impact. 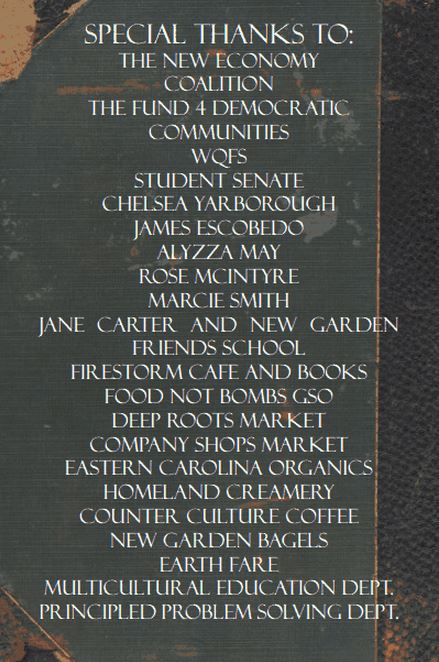