Locavore Cafe, the only food co-op in Alabama!

At Auburn University in Alabama, a group of students are challenging their school and community to think critically about food. They call their co-op Locavore Cafe, and for the past 2 years they have been fighting their administration for a place on campus.

Walk into an Auburn dining hall and you will see students gathering, talking with friends as buffets stretch in front of them. Mediocre food steams in hot plates as the salad bar wilts. If you were one of the 25,000 students who attend AU you might wonder where all this food comes from, you might wonder why there are no other options.

All the food at AU comes from Chartwells, an outsourced food contractor, a subsidiary of Compass Group, which is a British multinational contract foodservice and support services company, which also owns Bon Appétit Management Company -in case you want to know the big picture. AU has signed a non-compete clause with Chartwells, meaning that no food can be sold on campus unless it comes from Chartwells.

So what's a kid to do? The food tastes fine but it doesn't satisfy. It's hard to figure out where it came from, or even what's in it. And all those people who work in the kitchen, they don't work for AU, they work for Chartwells, which means that they're outsourced, probably not getting paid enough money and definitely not getting enough respect for the work that they do - feeding you, making sure you survive.

This is what the students who are starting Locavore Café are standing up against. They think that everyone should know where their food comes from, what's in it, and that the people who prepare it should be happy and feel good about the work they do.

When Chartwells wouldn't let them start a food co-op on campus they didn't give up, they expanded their search. They talked to more community members, and they met someone who had a building in Opelika, AL, a historic feed and seed. Their community believed in their mission. Opelika is 7 miles from Auburn, with a population of 26,500, just far enough to get students out of their bubble but still close enough to get them there. The building sits on 3 acres of unused land in the newly renovated downtown.

The Locavore Café founders are going big -is there any other way to go? They want to convert those 3 acres into a farm where they can grow their own food, which they will sell in the café. They want to bring students out but they also want to bring the larger community in. They want to address local hunger and malnutrition by offering volunteer opportunities in exchange food credits.

There's a lot of planning to be done. They have a menu, which will include local, seasonal vegan/vegetarian/gluten free items. They know what they want their kitchen to look like and they're working hard on zoning for their new property. They're researching start-up costs, writing grants and preparing for a crowd sourcing campaign. But they're ready, last January the team competed in a social business competition ad came in 3rd out of 17!

Every member of the team is committed to food, community and health. They're balanced, ready to open and run their business while still having fun. And it seems that they will be the only food co-op in Alabama! Stay tuned for more news from this inspiring group of student cooperative leaders! 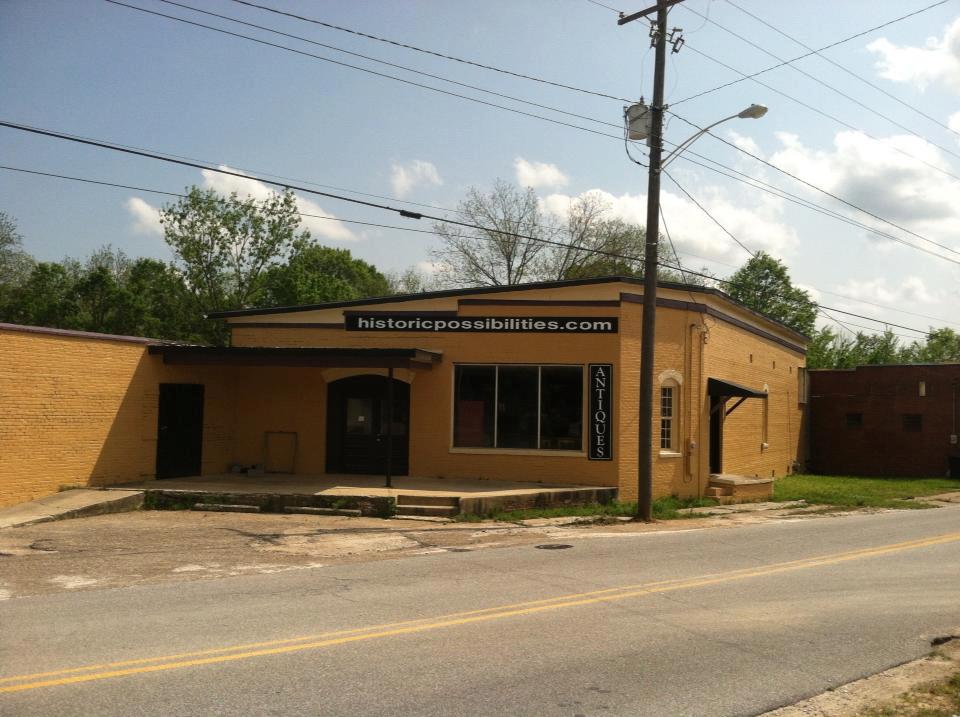 The future home of the Locavore Cafe, in Opelika, AL! 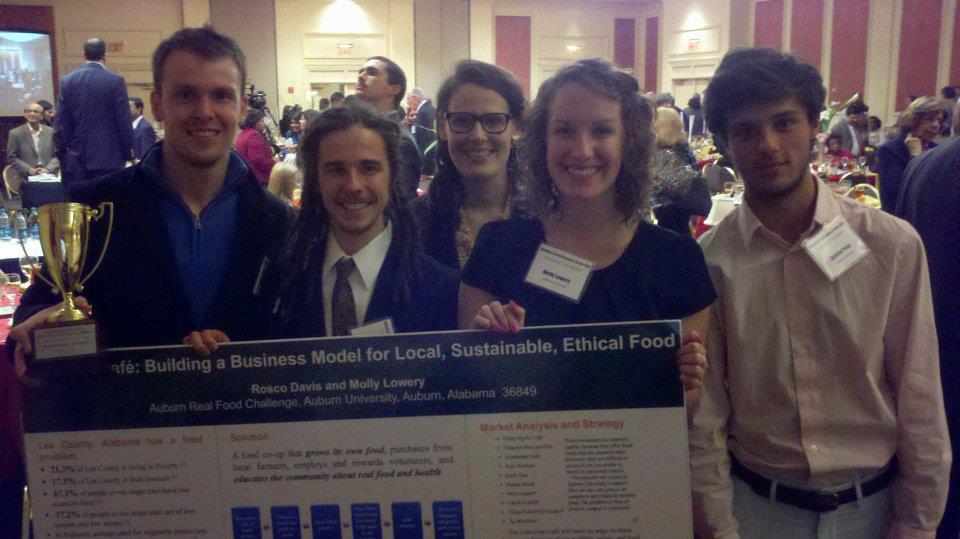 The team with their poster and trophy from the social business competition!