#UnlearningWithCoFED No. 4 - Classism & May Day

Welcome to the 4th edition of the #UnlearningWithCoFED series! This time around, we're focusing on class and classism as a way to ground before the national immigrants' strike on Monday (May Day or International Worker's Day).

As you're reading the information below, also be thinking about how you can best support A Day Without Immigrants on Monday.

As a reminder for the new readers, here's how we define unlearning: a continuous process of questioning what and how we've been taught so that we can learn other ways of knowing, doing, and being that serve our collective liberation and help us dismantle all forms of oppression. Through our monthly #Unlearning posts, we'll be questioning and (un)learning together how co-ops relate to the larger visions of food, racial, economic, gender and climate justice.

CoFED is invested in co-ops as a way to radically redistribute wealth. That’s why we believe we cannot talk about co-ops and community-owned wealth without directly addressing class -- systemically and personally. Class isn’t just about money, although access to money is a big part of it. Class Action defines "class" as relative social rank in terms of income, wealth, education, status and/or power. By definition, then, class privilege includes the intangible and tangible unearned advantages that come with “higher class status.”

This “class privilege” x-ray from Resource Generation helps break it down: 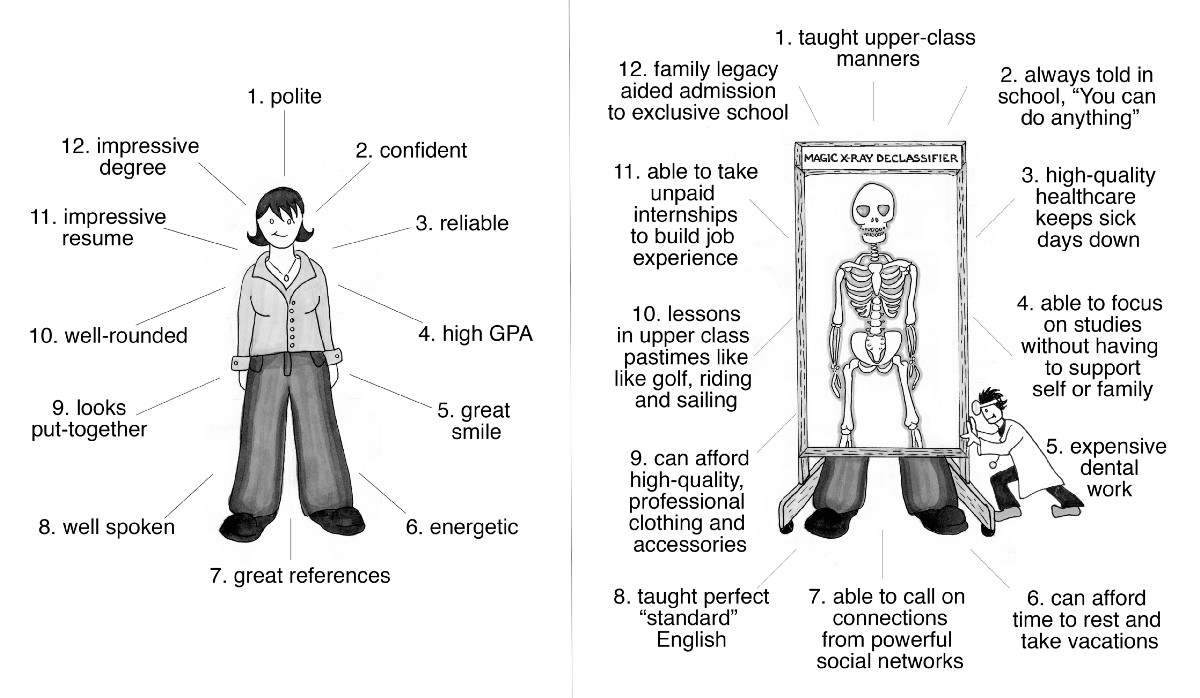 Most Americans, regardless of their net wealth, incorrectly identify as “middle-class.” As a result, we wildly underestimate how bad wealth inequality actually is. Capitalism, classism, and massive racialized wealth inequality thrive in a culture that doesn’t talk openly about class or money, especially our personal and familial histories with money, class privilege, and where our families currently fall on the economic spectrum.

A first step to unlearning classism, and the related myths of capitalism, starts with openly talking about our class backgrounds. Two-thirds of CoFED staff grew up in families who fluctuated between the bottom 20% and 40% of US income distribution and are the first in their families to receive a college degree.

One persistent myth within U.S. society is how education enables economic mobility; this is related to the narrative of "personal responsibility" -- that if you haven't 'bothered to get a degree,' among other myths of meritocracy, you 'deserve' to be poor or all that stands between someone and economic security is a series of personal choices. By knowing more about our family's history as it relates to access to money and wealth, we can point out how systemic structures have helped lift up or challenge our families. For example, white families have had access to welfare, mortgages, and loans that have generated immense intergenerational wealth. Those same economic boosts have been and are systemically denied to people of color and their families. In fact, today's "white middle class" was created by racially exclusive welfare programs.

These welfare programs, combined with the first major wealth extraction in the U.S. through the enslavement of Africans and the genocide of Native people, have produced today's 'racial wealth gap.' A new report on the asset value of whiteness shows how education doesn't reverse this gap; the median white adult who attended college has 7.2 times more wealth than their Black counterparts and 3.9 times more wealth than their Latinx counterparts. Unfortunately, the myth that a college degree alone is the ticket to economic security is pushed hard on young people, especially young people of color. However, a college degree does come with serious privileges, as many jobs won't even consider applicants without a Bachelor's and many people, even with loans and scholarships, cannot afford to pay for college tuition.

For Native Americans and Asian Americans, who were conspicuously left out of the above study and whose data is often uncollected, the story is no less unjust.

One of the most effective ways those of us who love co-ops can challenge both class and race-based wealth inequality is to stand strong for workers’ rights! In fact, unlearning classism includes questioning why conversations about food co-ops seldom mention the 20 million workers in the food system, many of whom are underpaid and underemployed people of color and immigrants. It also includes showing up for movements that center and are led by workers from working-class and poor backgrounds -- and following their lead.

THIS MONDAY -- May 1st, also known as May Day or International Worker’s Day, hundreds of thousands of poor and working-class people, led by immigrant communities, will go on strike all across the country.

Join the strike to make it clear that this country cannot function without workers and immigrants, especially those who are poor and/or working class. 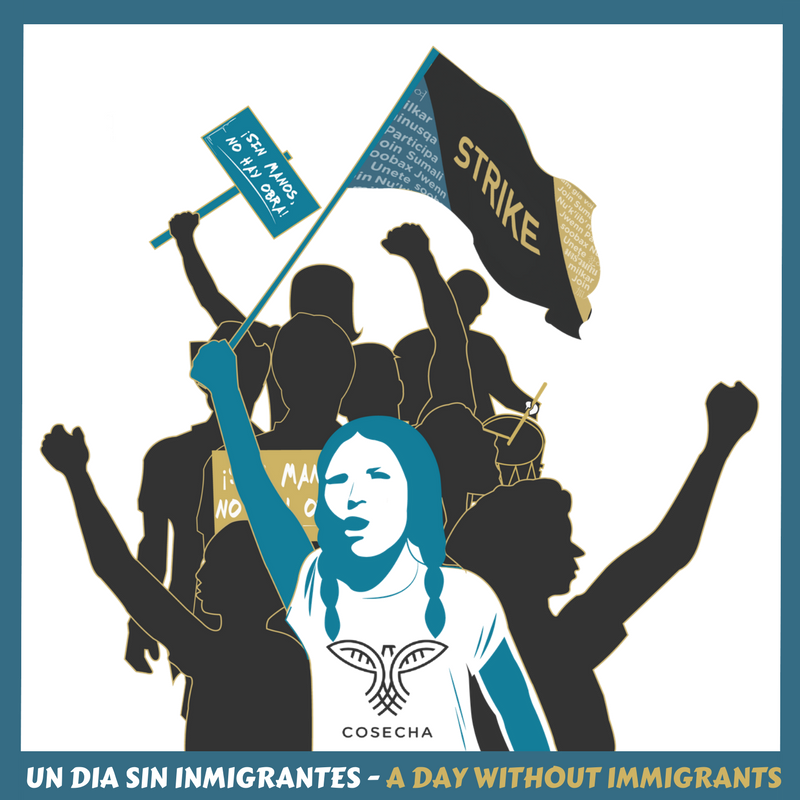 The CoFED office will be closed on May 1st in honor of the national immigrants’ strike. Please let us know if you or your co-op will be participating in the strike as well! We hope to see you in the streets (if you’re able) or on social media! If you’re tweeting or posting on Facebook, tag us #UnlearningWithCoFED so we can cooperate among co-ops to stand in solidarity with working-class and poor immigrants everywhere.

Sign up to receive monthly #UnlearningWithCoFED emails sent to your inbox here: http://www.cofed.coop/about