Our latest #UnlearningWithCoFED is about decolonization.

As a reminder, here’s how we define unlearning: a continuous process of questioning what and how we’ve been taught so that we can learn other ways of knowing, doing, and being that serve our collective liberation and help us dismantle all forms of oppression. Through our #UnlearningWithCoFED emails, we’ll be questioning and learning together how co-ops fit into the larger visions of food, racial, economic, gender and climate justice.

So, what is decolonization? Let’s start by sharing some definitions of colonization:

Let's explore how co-ops can serve decolonization, how they haven’t, and decolonization’s larger and fundamental role in the solidarity economy movement in North America. Further, we want to name that decolonization is complex, and its visibility has been built up by generations of indigenous thought, existence, resistance, and activism. To be clear, CoFED’s staff - writing from the positions of both settlers (both white and POC) and mixed settler/Native (POC) -- are not authorities on decolonization. We intend this to be one of many places to think about decolonization’s centrality to economic and racial justice and by no means an end-all-be-all. We also acknowledge that how one approaches decolonization depends on their position and implication in colonization; it will look different for white folx, different POC communities, and native folx, here and globally.

For time immemorial, indigenous people lived on Turtle Island -- the original aboriginal name for North America according to some tribes. As documented by a Native scholar and activist, below is a ‘pre-contact’ map of roughly 590 First Nations by their indigenous names, instead of the names given by Europeans. 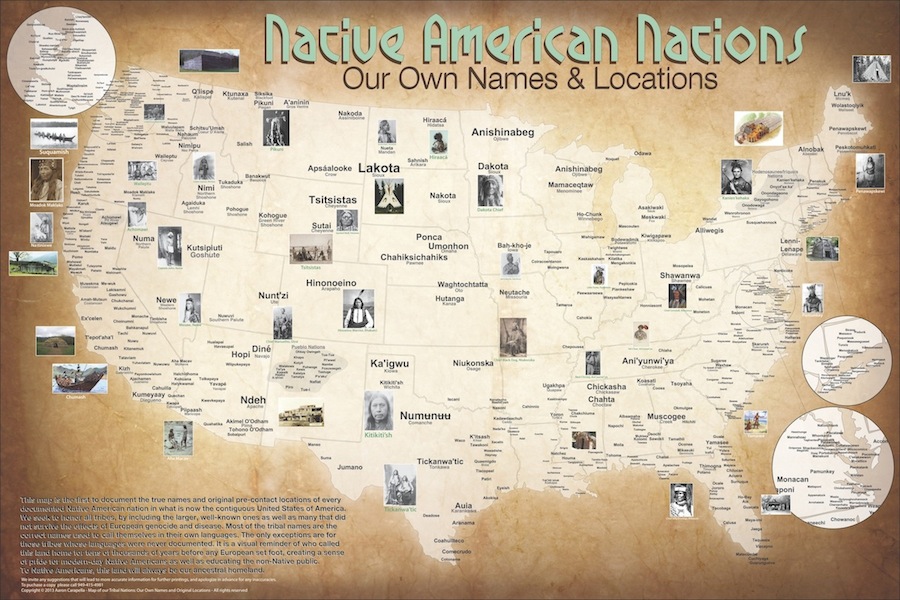 Turtle Island was given the name "North America" by a German cartographer after an Italian colonial explorer, Amerigo Vespucci, in 1538. Subsequently, the territories known today as the “United States of America” and "Canada" are the result of invasion and colonization first by European settlers and then by "American" and "Canadian" settlers over a period of centuries. By the close of what U.S. colonizers refer to as the “Indian Wars” in the late 19th century, fewer than 238,000 indigenous people remained, a sharp decline from the estimated 5 million to 15 million living in North America when Columbus landed on various Caribbean islands in 1492 [2]. Today, 5.2 million people in the U.S. identify as Native, and there are 567 federally recognized tribes [2,3].

What do co-ops have to do with decolonization? Consider the fact that 98% of privately-owned land in the U.S. is owned by white settlers of European descent [4]. Or that cooperative business models were used by early colonizers in the U.S. and Canada as a way to claim ownership over land and displace indigenous people, as mentioned in Grassroots Economic Organizing’s webinar: Decolonizing Our Solidarity Economy [5].

And if you want to decolonize? For starters, “decolonization” is not a metaphor,' and "those in the dominant society are being asked to avoid using “decolonization” to refer to ideas or actions that do not hold indigenous resistance, sovereignty, land restoration, and other repatriations at the center" [6]. Cooperative economics is sometimes presented as a new or recent movement (it’s not), completely removed from the historical and ongoing reality of indigenous resistance to the colonial and capitalist states we inhabit. For example, as a movement, we often use vague language such as "the commons" or "community-owned wealth" without acknowledging or disrupting how our cooperative strategies, businesses, or organizations might be materially reinforcing colonial relationships to land and people. Furthermore, when we talk about "cooperative economics" or build an "alternative," "new," or  "solidarity" economy -- without centering indigenous sovereignty -- we diminish the possibility of decolonizing.

Speaking specifically to the relationship between co-ops and decolonization, Jarrett Martineau, an indigenous scholar, says, “if you are talking about cooperative economics, you are not talking about representatives of the state having policy development discussions, but about the relationships between people who live on the same land base. So these lands have [been] usurped and stolen, a foundational point, but today we have a situation where people are living on and sharing these lands, accessing the same water, so we need to look at questions around the ways that all the people who are actually here, living on these lands, can together build alternatives that are more sustainable...Before we start getting to broader cooperative economic systems, we need to figure out the actual terms of living together first, that includes a discussion about economics, but we can’t just [supplant] one system over another without looking to indigenous histories...We can’t individually emancipate ourselves from a capitalist system on either side of this colonial equation.” 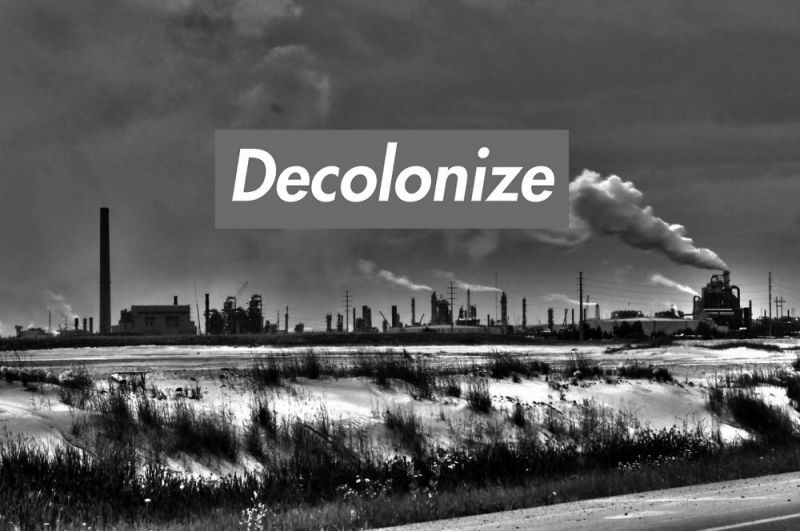 To unlearn further about decolonization and co-ops, please read or view the resources below:

2. Huffington Post -- ‘It’s About Taking Back What’s Ours’: Native Women Reclaim Land, Plot By Plot Fighting against colonization and now gentrification in the Bay Area

3. New York Times -- A Conversation with Native Americans on Race

4. Canadian Dimension -- Cooperatives on Stolen Land? (An interview with a Native person explicitly about co-ops and decolonization in Canada, also talks about pre-colonial models of cooperation that are not "co-ops")

As you engage with the suggested content above, consider the following questions:

1. What tribal land does your co-op, campus, and/or house occupy? What do you know about the tribes who existed there before colonization? What tribes are still active near you?

2. How do we lose as a #solidarityeconomy movement when we leave out decolonization? What do we gain as people committed to economic and racial justice by learning from Indigenous leaders on decolonization?

3. What is one specific way that co-ops can serve decolonization? How could your co-op (real or imagined) implement this practice?

P.S. -- want some extra reading on decolonization? Check out this essay, 'Decolonization is not a Metaphor' [pdf], by Eve Tuck, K. Wayne Yang.